Well...it mostly came out.
Per y'all's advice, I'm going to call the dealer and ask about the foot...but not until next week when the trip is over...certainly before I touch the Soda Pop with it.

I got some stuff photographed while I was waiting on the washer.

I finished (earlier) the first two blocks of the How Far Will You Go? QAL: 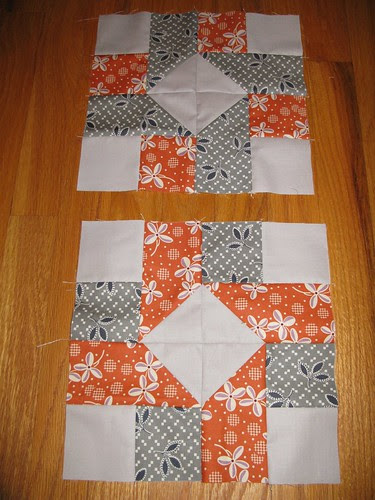 I finished the center piece of the Sew Intertwined QAL block: 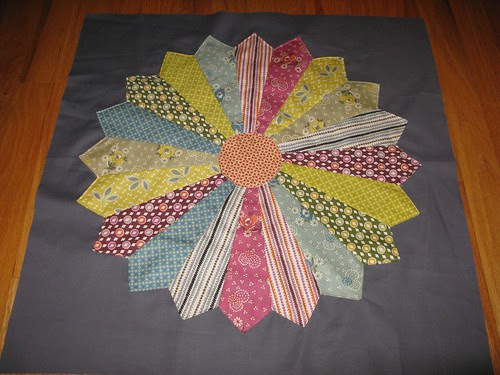 Yes, I have a bunch of Hope Valley and Denyse stashed...and I won some, so I'm breaking it out. I'm curious to see how alike/different the two quilts come out.

Anyway, the quilt is for The Pirate.  It was my first real FMQ'd quilt.  I guess the fact that it was for him, that I was using a boatload of bee blocks from multiple swaps just raised the commitment level a bit higher than I needed it to be....
add to that PMS...(I've been crying watching the Olympics and talking about the Olympics with a former student/current Zumba partner)...and add stress about flying.  I hate flying now...and my parents meeting his parents...blarg.  Too much stress. 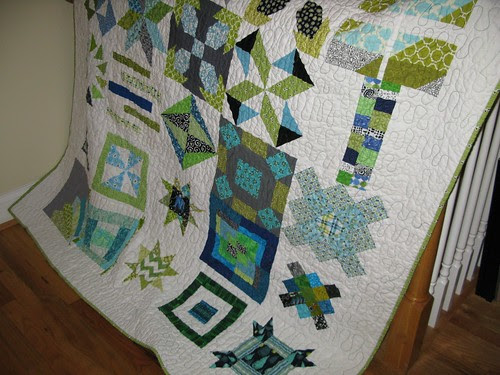 The spots aren't visible because they're on the left side.
I'm not sure FMQ will ever be my calling.
Gah.

I finished a Final week project from Camp Thimble.  I haven't started handquilting the Medallion quilt, but today just didn't feel like a good day to do it. 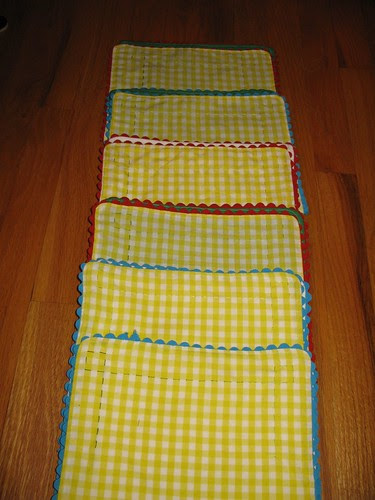 There are six (as opposed to 8) because I ran out of ric rac.  These would totally be awesome baby burp clothes if they were backed in terry cloth.


Also, I need to put a major shout out to Rachael from Imaginegnats.  She sent me an amazing bundle of "scraps" (in reality BIG pieces) from my Improv throwdown with Allegory.  She sent more foxed from Outfoxed...which totally made my day because I had used up my bits.
I may not be able to take pics til I get back from the trip.  But, thank you, Rachael!
Posted by Ella at 9:51 PM 8 comments

Seriously trying not to cry...

as the new machine's FMQ foot got grease on my first (and possibly only) FMQ'd quilt.  It's the biggest quilt I've ever quilted.  It's for The Pirate.
It's now on it's fourth trip through the wash.

I'm afraid to FMQ again....is this grease a common problem? 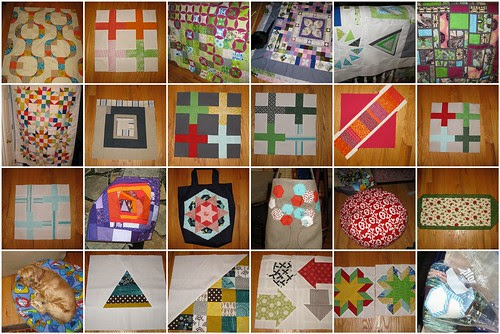 Still in progress:
Hexy MF
binding needs to be sewn on boy Across the Sea
basted, but now too scared to quilt....Soda Pop
basted, will be hand sewing...Medallion

I'm supposed to be packing for a trip.  Inlaws.  My brother.  My parents.
But I really just want to cry.
Posted by Ella at 6:26 PM 15 comments