Lucy over at Charmed about You is hosting a party! 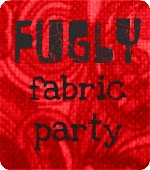 I have a load of fugly fabrics to give away.
Some of them are vintage (?) fat quarters that were given to me.
They may or may not have been washed.
If any of these work for you, let me know...it's yours.

WINNERS ARE IN THE PROCESS OF BEING CONTACTED....IF SOMEONE DOESN'T REPLY BY SAT MORN, I'LL DRAW A SECOND WINNER. 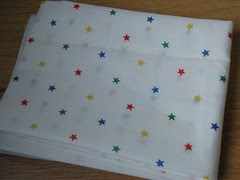 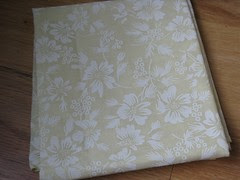 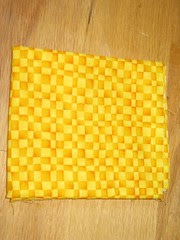 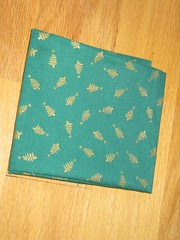 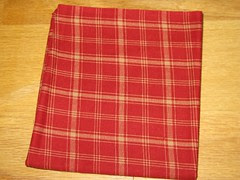 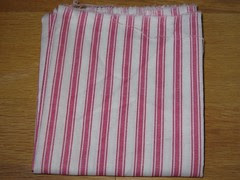 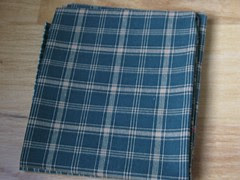 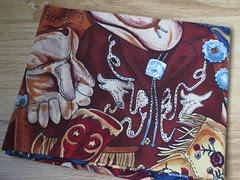 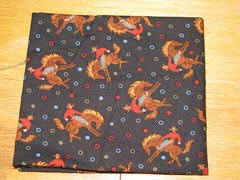 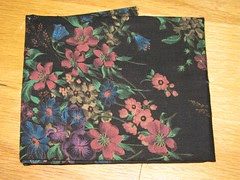 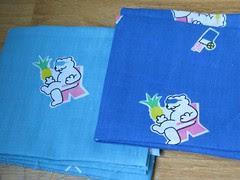 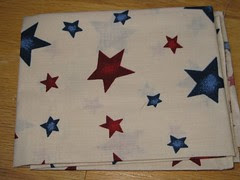 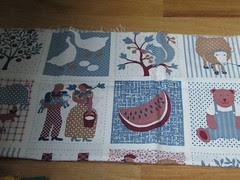 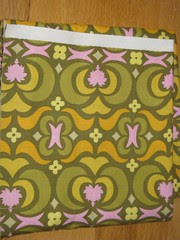 Half a Yard #3: (It's Rivoli, I think...I have more, this one just doesn't work for the project it was purchased for.) CLAIMED 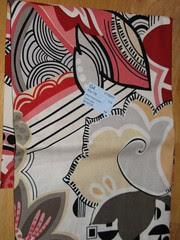 A WHOLE YARD (I think): CLAIMED 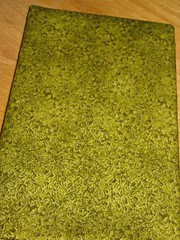 If more than one person wants the same item, I'll randomly draw names. This is open to domestic US only, unless you are willing to paypal postage! (I'm sorry international peeps...if I had to ship this all abroad, the postage would kill me.) The lists will stay open until Thursday, Feb 9 until 5pm. I'll even try to post this weekend.
Posted by Ella at 3:28 PM

I like that last piece--- it could be used in lots of different ways, I think... Thanks for the giveaway! :-)

Please throw my name in the hat for the HY of Amy Butler and FQ #3. Thank you Ella!

FQ 7 and any of the bigger yardage have redeeming qualities IMO. ;) I even rather like the Amy Butler print!

At first, I was thinking I shouldn't be greedy and say I like too many of them, but then I thought that if I'm greedy, I might save you postage! I'm doing it for *you*! :D

I would love either of the last three....thank you for offering!

I love the 1/2 yard pink and green (Amy Butler) you listed and the Rivioli in red, gray, tan

Thanks for the great giveaway

please put me in the drawing for FQ10 - thanks!

http://richardquilts.blogspot.com
Stop by for my quilt givaway to guess my babys b-day and weight.

I like the half a yard of #2 and #3 along with the yard of the last one. Thanks for the opportunity to win some more fabric :)

Thank you so much!